I'm on spring break for the week before Easter and with my host mom and other exchange students (from Brazil, Germany and Italy) we decided to go to Los Angeles for a day and do some touristy things because even if we live here, we still need to do those touristy things after all.

We took the car and drove to Melrose Avenue first. This avenue is one of my favorite places in LA. It's in West Hollywood and it's where you can find Dash ( the Kardashian shop), many famous walls such as the pink wall, the wings, the "made in LA" and so on. There are also a lot of restaurants in between fancy and trendy. We started by a stop at the pink wall. We took a lot of pictures and it is a stopping point for a lot of tourists. Then we went to Dash, and went out as fast as we came considering the price of the stuff they are selling but it was fun. Then we stopped at "the wings" wall to take pictures, it's very characteristic of LA. 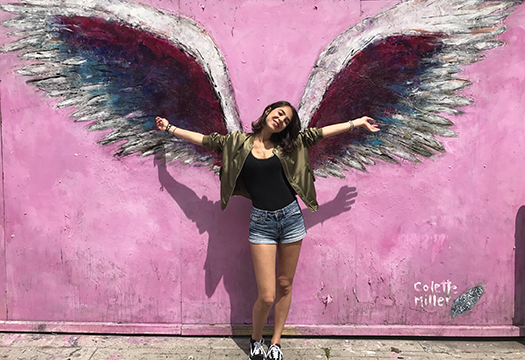 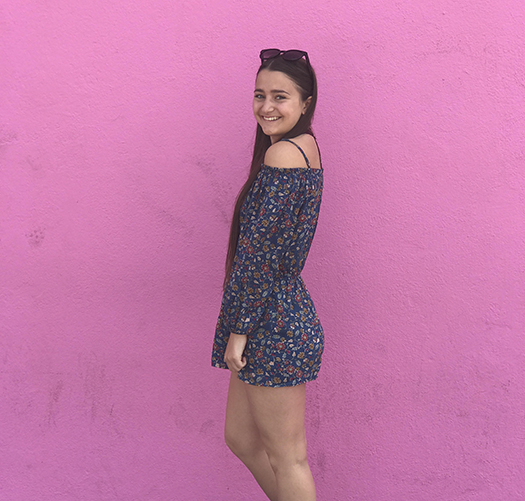 After Melrose we decided to swing by The Grove. This is a shopping center in LA where a lot of famous people like to hang out, it is very cute and there is a farmer's market with a lot of food from different countries available. As far as I am concerned, I had to stop at "La Durée" which is a french bakery, probably the best. It opened this year and I have to say that I was very happy to eat a real French croissant and real French macarons. They were exactly the same as in Paris, and the plus was that I ordered in French with a French lady. 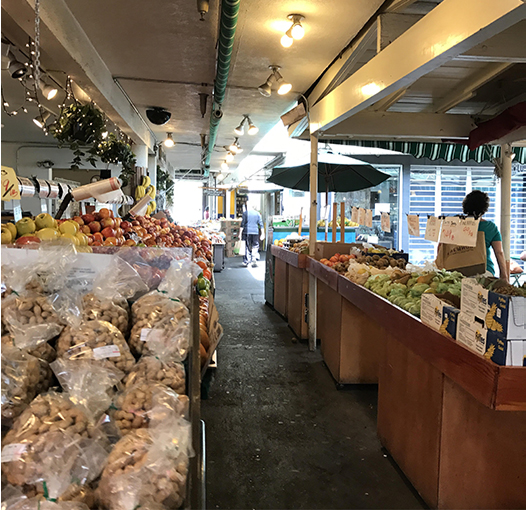 After that we went to the Hollywood sign. We got a little lost on the road in the hills but we finally arrived exactly where we wanted to be. There we had lunch in the trunk of the car with a perfect view on the sign. We had previously packed lunch from home, some pretzels, peanut butter sandwiches, apples, banana. Once we got fueled, we took some pictures. 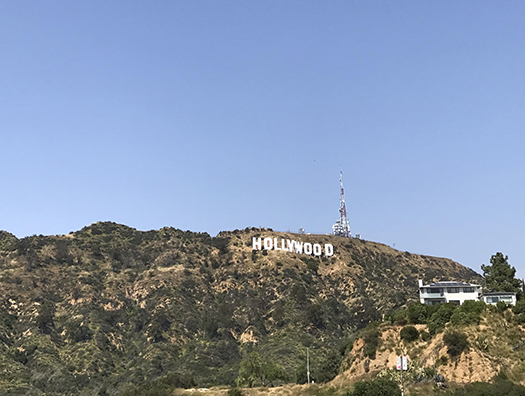 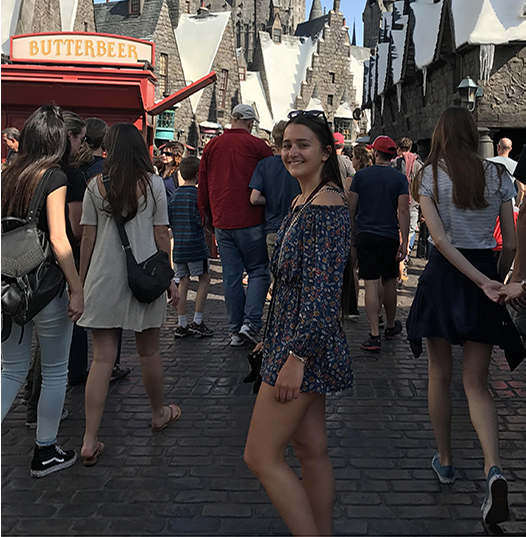 After the stop at the sign, we went to City Walk which is a shopping and restaurant area next to Universal Studios Hollywood. But as Julia (the Brazilian exchange student) and I have annual passes to this place we went in, just to get advantage of our pass and just to say we went there haha. It was too crowded anyway to be able to go on any ride quickly. In City Walk we went to a new donut place that justopened and then we stopped at Hard Rock Cafe. I shared some nachos with Julia it was delicious.

And last but not least, we went to the Hollywood Walk of fame. It was a quick stop but enough to enjoy and take some pictures of the stars. 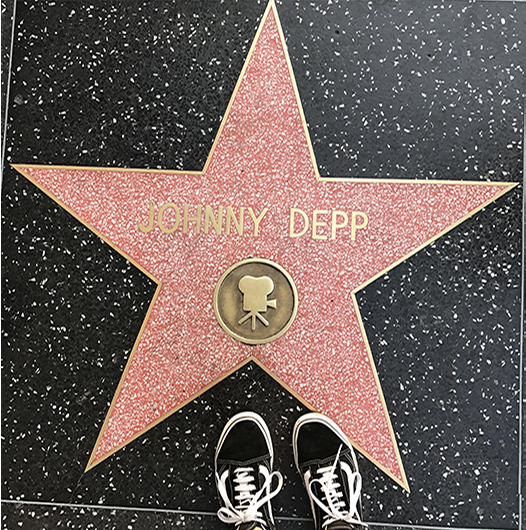 To come back home we took the scenic road called Pacific Coast Highway aka PCH. It is wonderful as it is a road that is next to the ocean. In addition, we were so lucky we got to catch the sunset on the way.

This day was amazing and we did so much stuff in so little time. I'm starting to realize I have only 2 months left and I'm gonna miss everything so much, and this day was a perfect day to see again my favorite parts of LA and enjoy these last 2 months as much as I can.