So it’s Prom Season! - May Blog

The dream of most girls and the highlight of the Hollywood movies, with months preparing for this special event, my friends and i were more than excite, and because in most countries prom doesn't exist, this is the event that exchange students are waiting for in their year abroad.

So for those of you that never heard about prom, prom is a formal school dance at the end of the year for juniors, seniors of high school and their dates, it’s a lot of work to manage dinner reservations, buying dresses, shoes, looking for places to take pictures, make up, hair, so at least for girls is a lot to think about, but it’s totally worth it at the end.

So my high school prom’s theme was James Bond, 007teen to be more exact, so old fashioned English cars were at the front of the event’s location: mountainbrook church, and everything was fancy like the movies, a lot of dancing involved and the most popular attraction, the chocolate fountain, with marshmallows and strawberries, that made the party even more delicious. 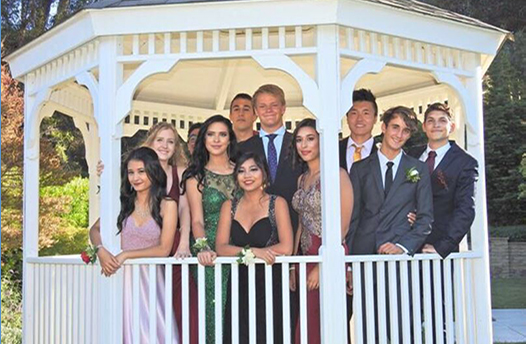 My preparation for prom was particularly harder because I had this crazy idea of doing my own prom dress, from scratch!! So I started planning, making patterns and sewing before New Years and finished it the day before prom, yes, what a hurry.. I was really happy with the result and everyone said a lot of compliments about it, so besides the stress of the process and the hurry, it was totally worth it and I spend less than 80 dollars on it.

With my boyfriend in Brazil, I wasn’t looking for any dates to go with, so my friend and I bought corsages for each other and had a lot of fun being the prom couple for the day. 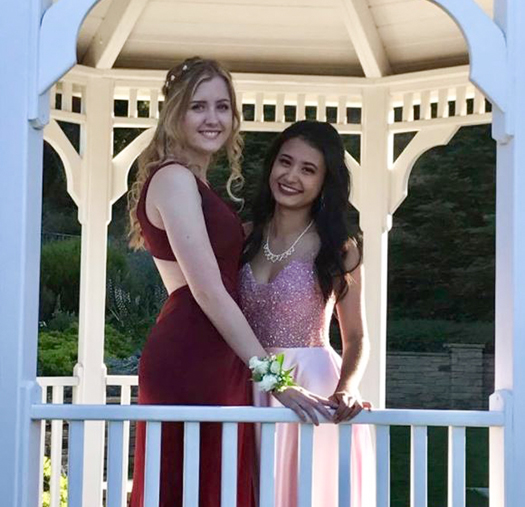 So that was my prom! So fun, totally worth it and we had a great time.