Bain de Bretagne is located in the Brittany region, between Rennes and Nantes. This animated town is full of cultural and active offerings, and prides itself on many volunteer outreach initiatives. Bain de Bretagne has all the benefits of a big city along with the calm of the countryside. The town is very attentive to its population’s needs.

The Lycée Jean Brito fosters its pupils’ ambitions by making sure that none of them will graduate without a solid personal project. Its career counselling is based on a personalized relationship between the pupils and teachers. The school sets a tailor-made training and a supervised orientation in order to help every student build his or her personal project A special attention is given to student empowerment, open lines of communication and parental involvement in the high school’s life.

The school is located in the city of Toulouse, the capital of the French department of Haute-Garonne and of the region of Occitanie. The city is on the banks of the River Garonne, 150 km from the Mediterranean Sea, 230 km from the Atlantic Ocean and 680 km from Paris. It is the fourth-largest city in France. Toulouse is a city with an unique architecture made of pinkish terracotta bricks, which earned it the nickname la Ville Rose ("the Pink City"). It is also the fourth-largest university campus in France. School Profile Le Caousou is a 140 year old private school that offers primary and secondary education. The Caousou is situated in the heart of the City in a large park. There are 2 thousand students from preschool to high school. Le Caousou aims to be the School of Responsibility, Openness and Success, based on the involvement of everyone: young people, educational and administrative teams, parents. Le Caousou recognises the importance to international relations and offers stud

Located in the North East of France, Nancy is a very lively and attractive city where universities, sports, culture and heritage coexist. Welcoming over 40 000 college students each year, Nancy is extremely dynamic and holds over 240 athletic clubs, 27 gymnasiums, 6 sports fields, many theatres, an Opera, museums and much more… Very close to the capital, Nancy is also only one hour away from Strasbourg. School Profile The Saint-Dominique Institut celebrated its 150th anniversary in 2012. Its educational mission is based on goodwill and a high level of requirement and expectations. The school guidelines revolve around the acquisition of knowledge, personal growth as well as a spiritual awakening. Founded on Dominican principles and under diocese care since 1983, Saint Dominique receives through its headmaster a mission letter from the bishop in order to implement its pastoral project. A consistent and solid educational team is also key to the school’s success. The Saint Dominique I 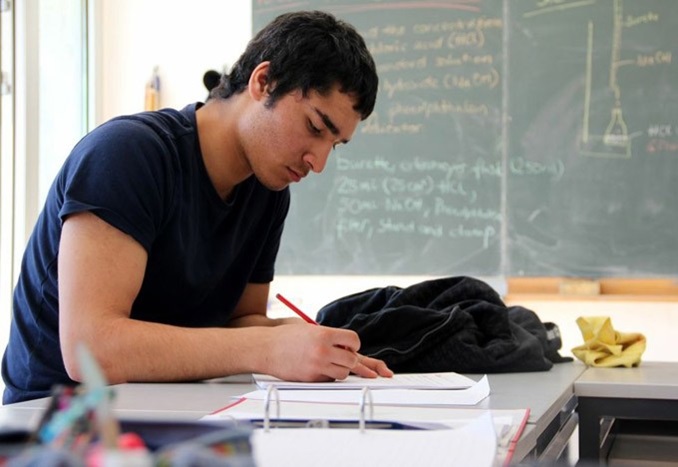 SCHOOL PROFILE The Ecole d’Humanité is a progressive boarding school with both American and Swiss academic programs. The school’s founders, Paul and Edith Geheeb, were prominent figures in the progressive education movement in the first half of the twentieth century. Approximately 140 students are enrolled in grades 6 - 13, with 46 in the college-preparatory American program (grades 9 – 12). Students in the American program graduate with an American High School Diploma and can choose to take the courses and exams leading to the Advanced Placement International Diploma (APID). 95% of American program graduates go on to 4-year colleges in the US or universities in the UK and Switzerland. Today 55% of the students are Swiss, 5% are German, 15% are US citizens, and the rest come from 18 other countries. 13% of students are non-Caucasian. 28% of students receive financial aid. CURRICULUM Students work intensively in small classes (teacher-student ratio is 1:5) which meet six days a week f