Here I am with a new post, in which I will tell you about English school.

As you can certainly imagine, the British school system is totally different from the Italian one, starting from the number of subjects you study, school hours, methods of explanation etc.

I started school here on 4th September 2019 and I attend Loreto Grammar School in Altrincham, just outside Manchester. The day before school started, I had a meeting together with other exchange students with the director of the school, who welcomed us very warmly. I was able to visit the whole school, which is quite large, and I chose which three subjects I wanted to study. Inside the school there are various buildings, including ones for Languages, Maths and Science. Then there are other rooms, called Common Rooms, in which you can stay when you have no lessons. Then there is the library, where you can use books for research, the computer room, various music rooms, the lecture hall, and finally Café Loreto, where you can eat and buy snacks. 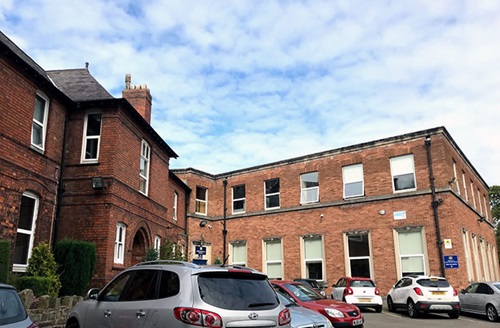 As I mentioned, the English education system is different from what I was used to back in Italy. Our last two years of high school here are called Sixth Form. These are two years in which most students study A Levels and after which you can go to University. We do not study as many subjects here as we do in Italy, but only three, which are studied in more depth. I am in the first year of A Levels, Year 12, and I have chosen to study Maths, Spanish and German. The school starts at 8:45am and ends at 3:45pm and runs from Monday to Friday. In the morning, from 8:45-8:55 you go to your form class for the roll call and then you go to your classrooms for subsequent lessons.

On the first day they gave me the timetable with all the lessons and the number of classrooms in which they take place. Because yes, for each lesson we change classrooms. Unlike other students who attend Sixth Form, I have two timetables- one for week 1 and another for week 2. In total, adding up all the hours of lessons between the two weeks, I have 30 hours, 10 for each subject. During the day I do not always have lessons, but I have the so-called "study periods", i.e free hours in which you can study. 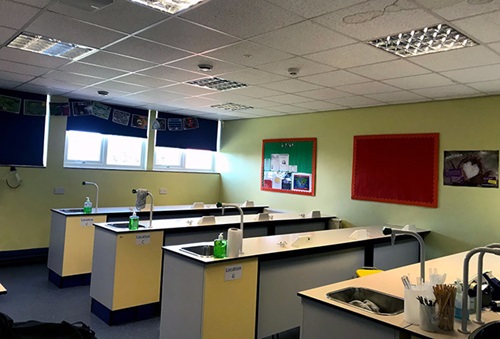 Each lesson lasts 50 minutes and then you have five minutes to move from one classroom to another. From 10:40am to 10:55am I have the first break and then from 12:40 to 13:35 I have the lunch break. Usually I always bring lunch from home, but if you want you can buy something in the canteen or you can go out and go to town to eat. After lunch we find ourselves again in our form for the second roll call until 2pm and then we continue the lessons, except on Fridays when we don’t have any lessons in the afternoon but we have "Cake Friday", that is, Friday of the cakes, on which in turn a different person in the class brings a cake or something to share and eat together. Two weeks ago it was my turn and I brought some delicious doughnuts. 😋🍩


On Wednesdays, however, in the afternoon there are no lessons but you can choose various activities to do such as work experience, yoga, Core Maths or the Italian course.

At the beginning of the year the school gives each student a card and a username, which is used to print documents and acts as a "key" to be able to leave school during lunch and at the end of the day. They also gave each of us a school diary. 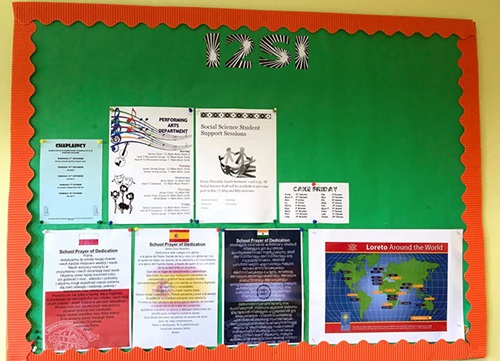 During the year we have many holidays. For example, the first half-term holiday ended on Wednesday, which lasted 6 weeks, and now I'm on vacation for 10 days. At Christmas we have two weeks of vacation, in February we have another 10 days of vacation, at Easter another two weeks and finally in May another 10 days. In short, there is plenty of free time in between all the hard work!

A month and a half has passed since I started school and everything is going very well. Among the subjects I study, Mathematics is the most complicated. Spanish and German, on the other hand, are very easy, also because we are covering some subjects that I have already done in Italy, so it is more revision than anything else. The teachers are all cute and very helpful. For every subject except for German I have two teachers and if you have any issues they always help you, without problems.

As for the English language, I thought it would be much more difficult to understand the lessons. The only difficulty I encountered at the beginning was in Maths, because I did not yet know the various specific terms to use, but after a few weeks I understood almost everything.

I hope this post was interesting and you enjoyed it!