Founded in 1881, Saint Joseph Notre Dame High School has a diverse community which offers students the opportunity to learn from an extensive variety of perspectives, both in and out of the classroom.

FACILITIES
The school is located in historic Alameda, just minutes from the shoreline of San Francisco Bay. It features a music center, a library, a gymnasium, a science center, and unique Smart Classrooms with cutting-edge technology.

SPORTS AND ARTS
St. Joseph Notre Dame's powerful basketball team has won six state championships, the most in Northern California. There are a range of arts opportunities, both fine and performing, available at St. Joseph Notre Dame. The school’s theater program is traditionally strong, and the 2014 production mof In the Heights was one of the year's top productions in California.

AWARDS AND ACCOMPLISHMENTS
St. Joseph Notre Dame's powerhouse basketball program has been successful over the years, and students have won many academic awards.

COMMUNITY INFORMATION
Alameda, California is an island located in the San Francisco Bay. It is bordered by the City of Oakland to the north, and is across the bay from San Francisco, which can be reached by car, ferry, or BART train.

No 12th Grad Transfers. Students must attend school for 2+ years for diploma. Students need to bring their own laptops, here are the minimum specifications: https://www.sjnd.org/sites/default/files/Bring%20Your%20Own%20Computer%20Program%20Req.pdf 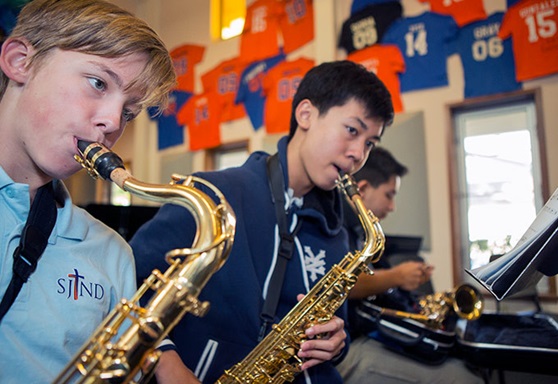 Committed to Excellence: Educatius is ISO 9001 certified in the USA! 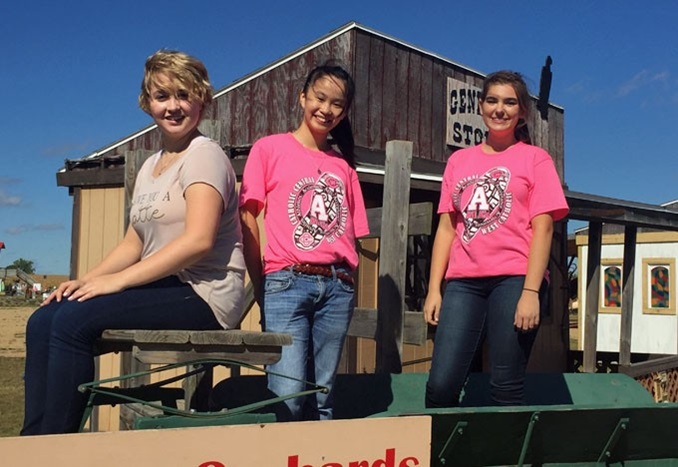 One of the top Catholic high schools in the United States, West Catholic High School has been named one of the most challenging private schools in the United States by the Washington Post. FACILITIES West Catholic is located on a 42-acre campus in the northwest corner of Grand Rapids, Michigan. The campus hosts updated athletic facilities and an on-site observatory, developed and designed by the 2012-2013 pre-engineering class. The school also opened a brand new Academic Learning Center in 2017. SPORTS AND ARTS West Catholic’s athletics program offers over 20 varsity sports, giving international students an opportunity to participate on a team. West Catholic art students are offered several choices of electives. The award-winning marching band performs many times throughout the year at festivals, parades, and sporting events. West Catholic Theater also performs 3 plays each year, including a spring musical. COMMUNITY INFORMATION Grand Rapids is the 2nd largest city in Michigan, and 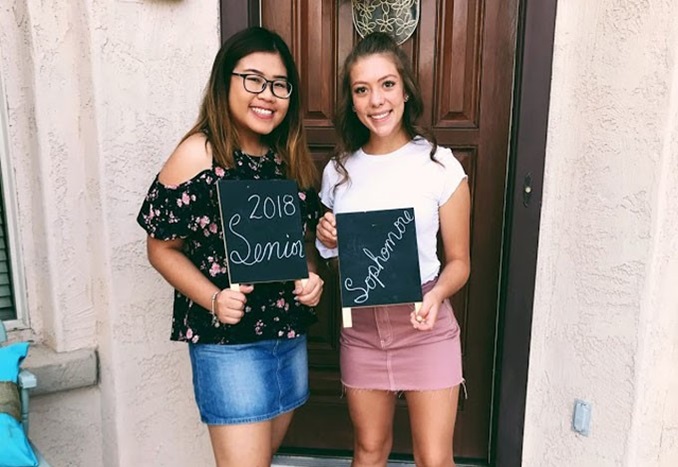 Established in 1998, Hamilton High School is a strong academic, extra-curricular, and athletic contender in the Phoenix area. It is recognized as one of the top AP scholar schools in the state and has over 30 AP courses. FACILITIES Hamilton High has a beautiful campus with large classrooms. On campus facilities include a library, auditorium, gymnasiums, a football stadium and a state-of-the-art heated swimming pool. SPORTS AND ARTS Hamilton is a Division 1 member of the Arizona Interscholastic Association (AIA), with many championship awards in various sports. International students in grades 9-11 can participate in any Junior Varsity (JV) sports teams. The arts department consistently receives recognition. Supported by outstanding facilities, students have many course offerings to perfect their talents. AWARDS AND ACCOMPLISHMENTS The class of 2015 had 12 National Merit Finalists and 12 National Commended Scholars. Additionally, they had 44 National AP Scholars in 2015. In the past, 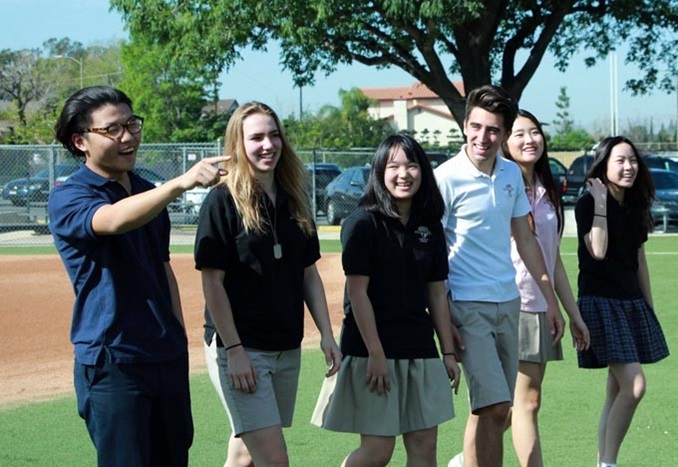 Heritage Christian School, founded in 1976, has 13 Advanced Placement courses and over 20 after-school activities supported by the latest technologies like 3D graphic computers and SmartBoards. Many graduates of Heritage Christian are accepted to university, with some students going on to Ivy League schools. <p align="middle"><iframe width="560" height="315" src="https://www.youtube.com/embed/P1CbsC3l5n8" frameborder="0" allow="accelerometer; autoplay; encrypted-media; gyroscope; picture-in-picture" allowfullscreen></iframe></p> FACILITIES The school facilities include science labs, a carpentry workshop, art/music classrooms, a gymnasium, an auditorium, a library, and an academic center with computers. SPORTS AND ARTS Boys and girls athletic teams compete in the Southern Section CIF competition with traditional sports like Volleyball, Tennis and Football. The fine arts department at Heritage is known for its offerings. The school's Concert Choir has an international reputation and